In recent years a metal-ringed male Ferruginous Duck has wintered at Dinton Pastures Country Park, near Reading. In 2015 it arrived on 6th December and stayed until 25th January 2016. The following winter it arrived on 26th November and stayed until 26th February 2017. There was always some doubt about it's wild credentials. However, events of November 2017 seem to have resolved this issue. On 7th November 2017 two male Ferruginous Ducks were found and both were colour-ringed with black lettering on a yellow ring (U5 and C1). Remarkeably, on 8th November three birds were seen; presumably the 2 colour-ringed birds and the returning metal-ringed bird.

There is a project running in Germany to re-introduce captive-bred birds to Lake Steinhude, near Hanover. Initially these birds were metal-ringed on the left leg but since mid-2013 they have also been colour-ringed on the right leg (yellow ring with a two letter code in black). Both Dinton birds (U5 and C1) originate from this scheme and were released in 2017 and 2016 respectively.

As of August 2016 473 birds have been released. It has already been demonstrated that birds from this scheme can reach the UK so any birds should be treated with caution. Observers should at least make the effort to confirm the absense of a ring!

Ferruginous Duck is a BBRC rarity so judgement of these records will be down to the BBRC. They are clearly not going to be accepted to category A but you might try and make a case for them fitting into one of the category C sub-categories. However, the German release scheme is on-going, which suggests the population isn't self-sustaining and this would be a barrier to entrance to category C. As such, for listing purposes, these birds are not countable.

Most of these links are in German but you can use Google Translate to translate them to English. 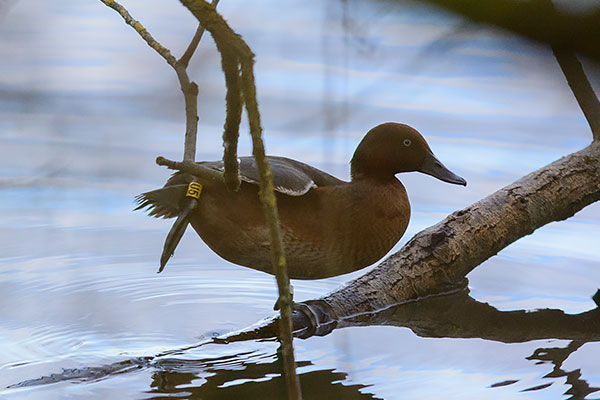 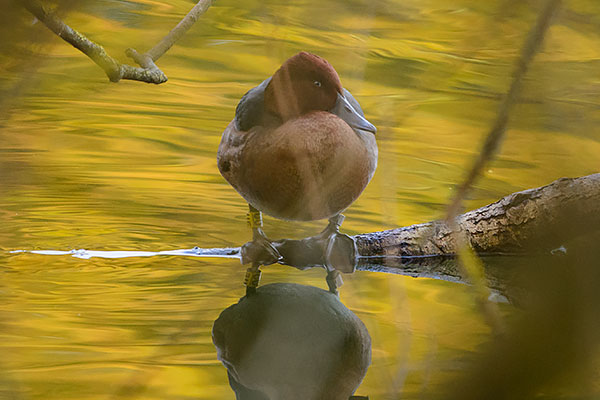