On 4th February 2007 Fraser Cottington found a "white-winged gull" on Black Swan Lake at Dinton Pastures. Brian Bennett and I got there a few minutes before the bird flew off west, presumably to roost at Sonning Eye GP (Oxon). I managed to get a few very poor quality photos before the bird flew off. Chris Heard made the following comments on the Yahoo Group.

'Thayeri-type' Herring Gulls do not acquire the extensive white on the wing-tips (and reduced black) as a result of wear/bleaching - they are believed to be a northern variant of L.a.argentatus that also tends to be a bit smaller. There are still a number of them around at the moment (although many Northern Herrings have already moved off).

There is another possibility:

Argenteus Herring Gull - last Wednesday (31st), at Burghfield GPs, I observed an adult argenteus that was still regrowing the primaries (very delayed!) and consequently the visible pp tips were mostly white/ish (but one wing appeared slightly shorter than the other... is this the case in one of your shots: photo # 2 - the full profile?).

A few days later I received an email from Dave Harris who had seen and photographed a "white-winged gull" in the roost at Island Barn Reservoir (Surrey) on 7th February. It was seen the same day at Beddington SF and again on the 9th. 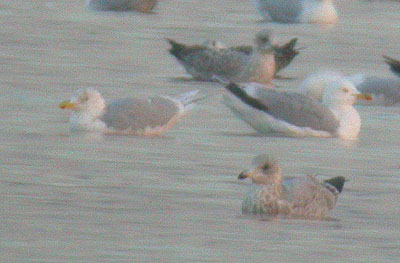 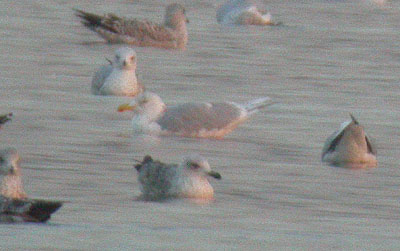 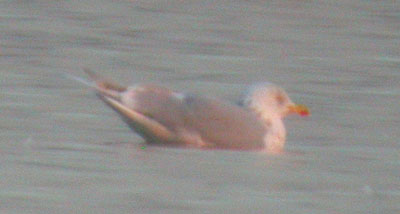 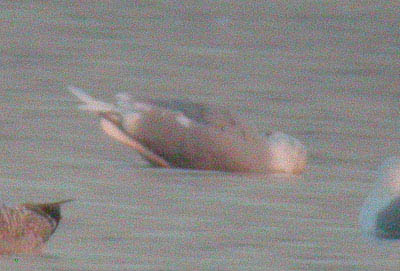